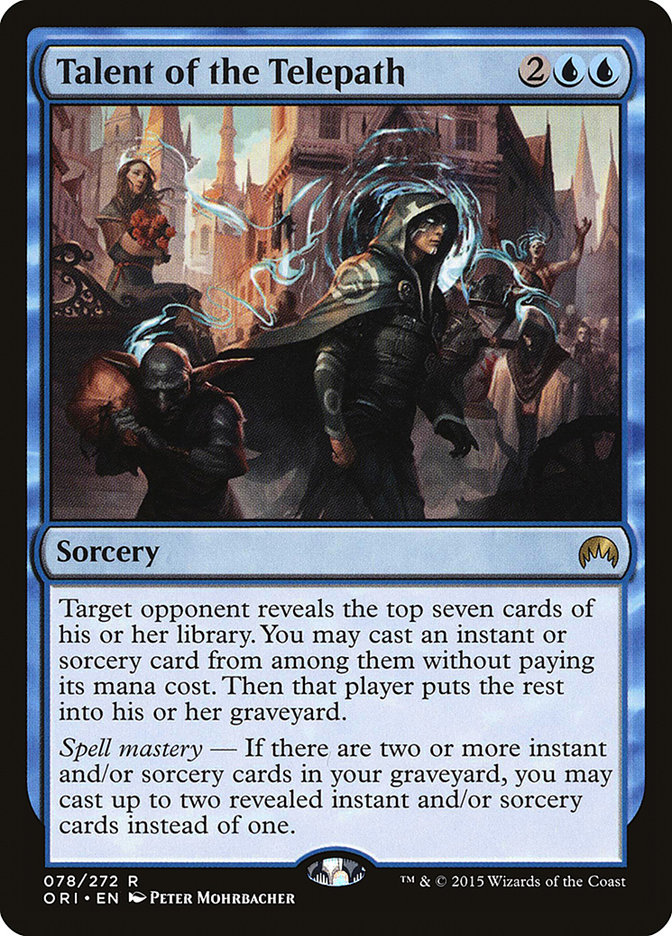 Target opponent reveals the top seven cards of their library. You may cast an instant or sorcery spell from among them without paying its mana cost. Then that player puts the rest into their graveyard.

Notes and Rules Information for Talent of the Telepath: