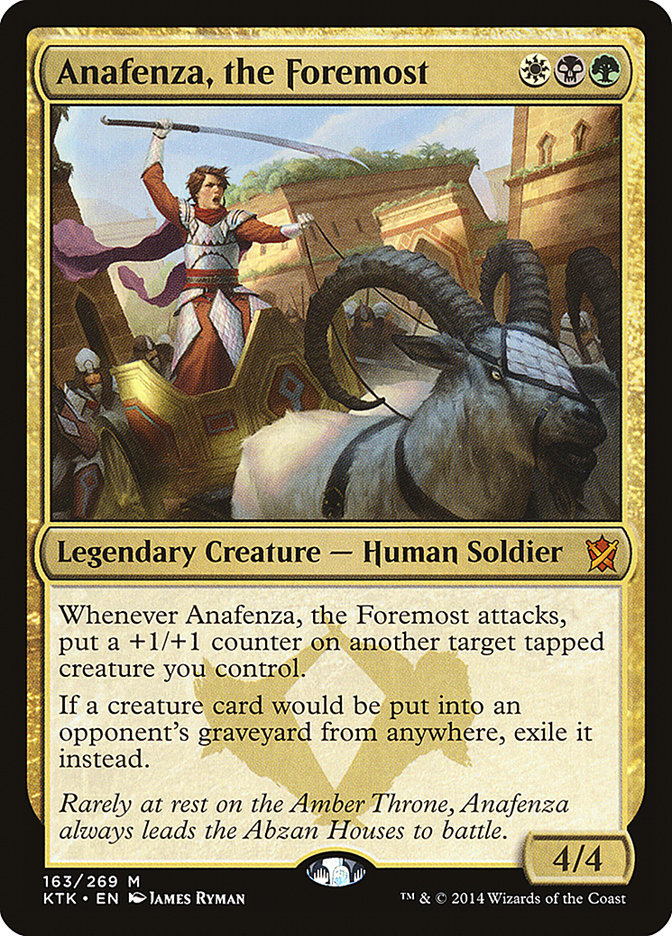 Whenever Anafenza, the Foremost attacks, put a +1/+1 counter on another target tapped creature you control.

If a nontoken creature an opponent owns would die or a creature card not on the battlefield would be put into an opponent’s graveyard, exile that card instead.

Rarely at rest on the Amber Throne, Anafenza always leads the Abzan Houses to battle.

Notes and Rules Information for Anafenza, the Foremost: