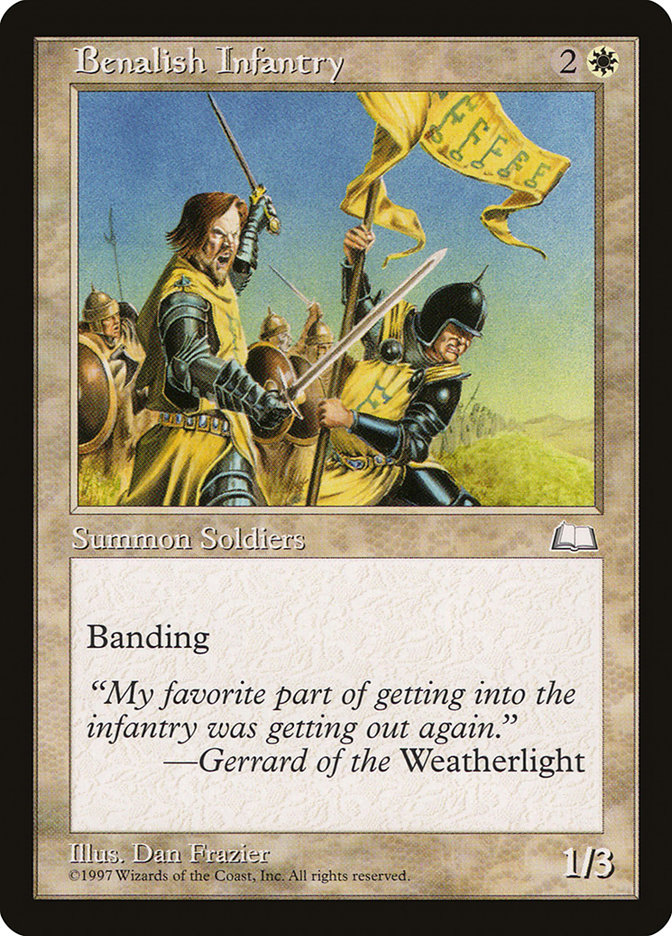 “My favorite part of getting into the infantry was getting out again.”
—Gerrard of the Weatherlight