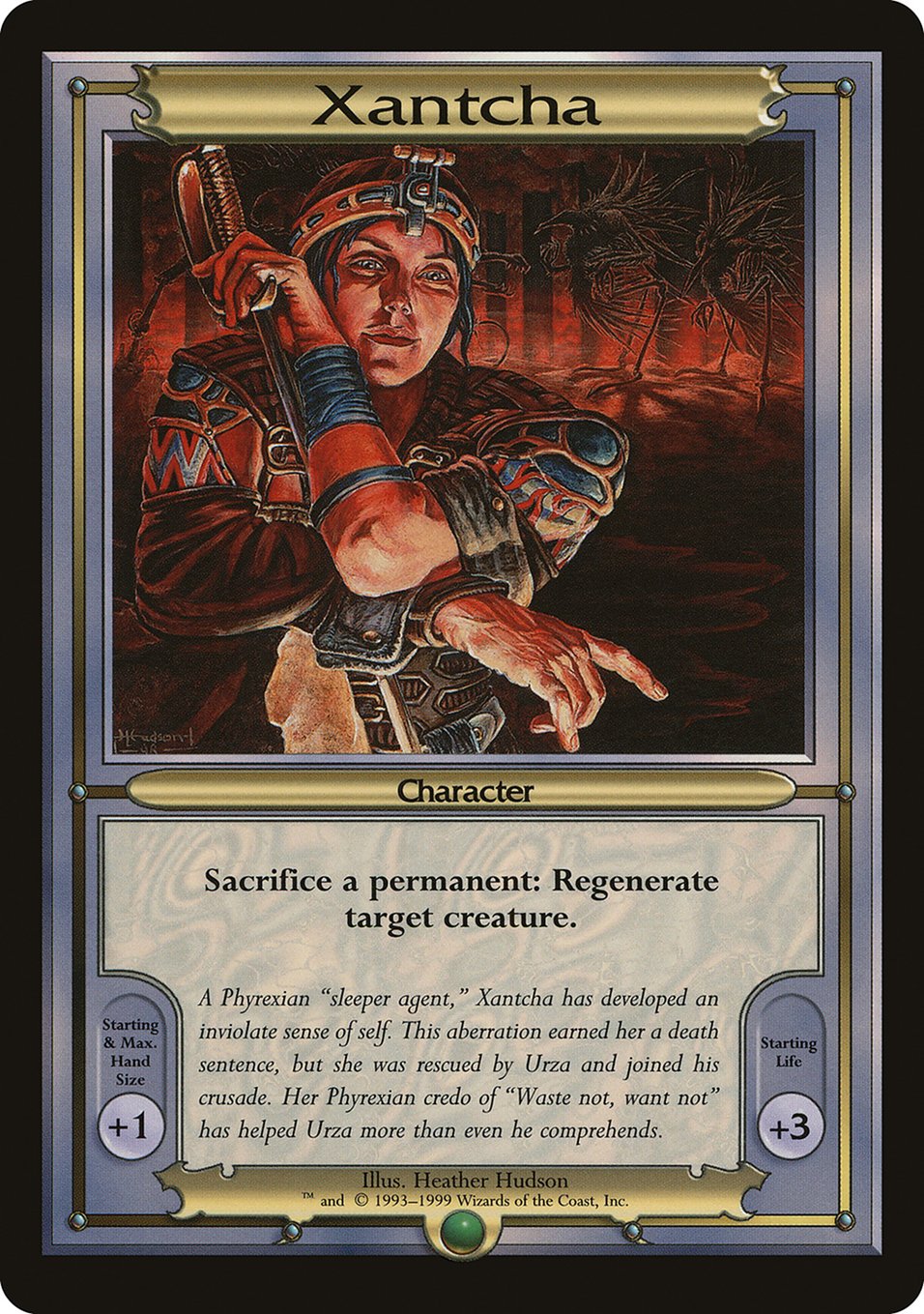 A Phyrexian “sleeper agent,” Xantcha has developed an inviolate sense of self. This aberration earned her a death sentence, but she was rescued by Urza and joined his crusade. Her Phyrexian credo of “Waste not, want not” has helped Urza more than even he comprehends.