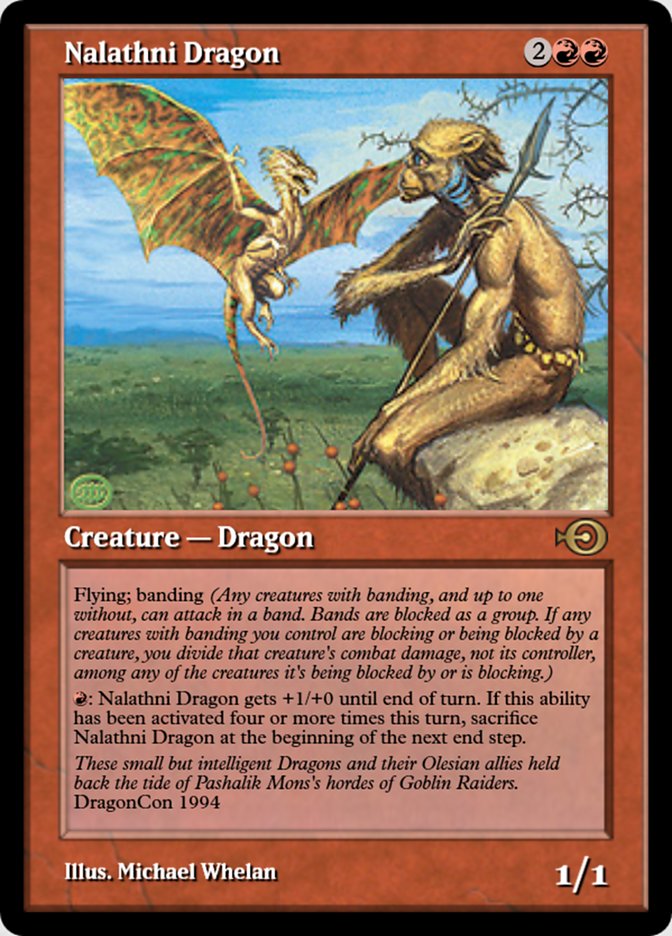 {R}: Nalathni Dragon gets +1/+0 until end of turn. If this ability has been activated four or more times this turn, sacrifice Nalathni Dragon at the beginning of the next end step.

These small but intelligent Dragons and their Olesian allies held back the tide of Pashalik Mons’s hordes of Goblin Raiders.
DragonCon 1994