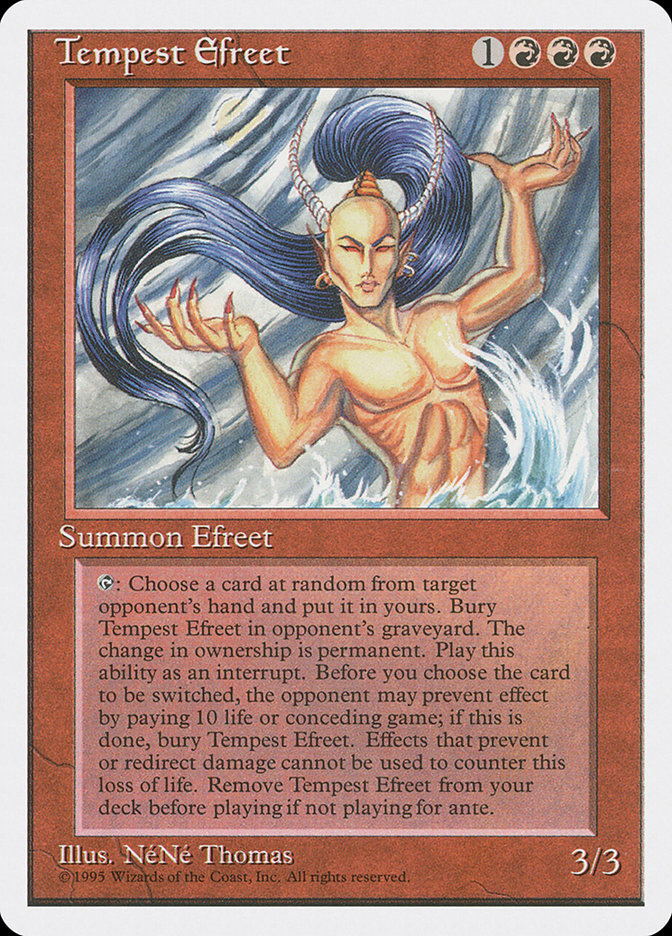 Remove Tempest Efreet from your deck before playing if you’re not playing for ante.