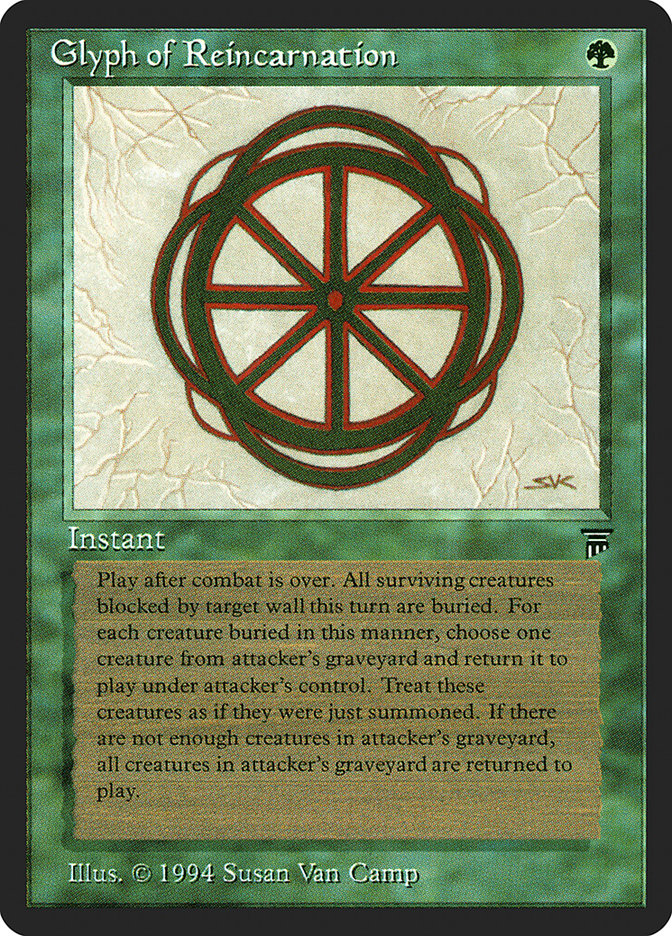 Cast this spell only after combat.

Destroy all creatures that were blocked by target Wall this turn. They can’t be regenerated. For each creature that died this way, put a creature card from the graveyard of the player who controlled that creature the last time it became blocked by that Wall onto the battlefield under its owner’s control.

Notes and Rules Information for Glyph of Reincarnation: