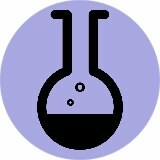 Last updated about 2 months ago.

Main goal is to play a Strutting Turkey and get it augmented by Half-Squirrel, Half- or Serpentine so that you can draw and replay cards from your deck faster than the opponent to go wider than them. Augments also ETB when Combined, so it's easy to use them to get more Half-Squirrel triggers. Commune with the Gods and Winding Way fetch creatures and let you pick other options to put them into the graveyard - the other types, Enchantments and Land, are used for fetching various soft removal like Pacifism/Sightless Brawler or manafixing respectively. Common Iguana and Stern Constable act as discard outlets that come down early to help you get stranded cards in your hand into the graveyard, and the Iguana also acts as another valid host for Half-Squirrel or Serpentine to help you tear through your deck looking for the cards you need.